VSCode has become a staple for many developers local environment. One of the reasons is the powerful extensions which can be run from within the IDE itself, from type checking to code auto formatting. Here we will take a look at an overview of VSCode and then dig into how the auto formatting works. The final task will be to build a small version of Prettier (or eslint --fix) which can run as a VSCode extension. The goal is to understand the mechanics at work inside this kind of extension and some key differences with other types of extensions.

A video for this post can be found here. A part of my "under-the-hood of" video series.

The article today will be broken down into 3 parts:

Under the hood VSCode is built with Electron. Electron is a software framework which allows for the development of desktop GUI applications using web technologies. It combines the Chromium rendering engine and the Node.js runtime. It was recently added to the OpenJS Foundation.

There are 2 types of processes inside Electron

A basic example of creating a new node process (renderer) is a below.

Messages are sent across processes via IPC (inter-process communication), this enables rendrer-to-renderer communication, bypassing the main process. The GUI's are Chromium web pages.

VSCode has extensions which introduce more advanced functionality. As it is built with Electron it must conform to the process rules.

In VSCode all extensions run in a single Renderer process called the "extension host process" (process name shared-process, in task manager they are under Code helper (renderer)).

There seem to be 2 main types of VSCode extensions:

Language Servers are background tasks spawned by an extension for a specific purpose.

TypeScript and Eslint are both examples of extensions which run Language Servers for their compilers. This is so the "server" can do the majority amount of the processing in the background, and only needs to relay messages (e.g. diagnostics) to the "client". They are often configured to re-run on save. This produces a more performant "client". In general it is good practice to run linters under a Language Server.

There are several strong pros of using Language Servers:

Finally it is worth noting that VSCode comes with its own "Language Server Protocol" which makes the client/server communication easier. It is a JSON-RPC standard between the development tool and the language server.

There is a language server extension guide available here. An extension must make use of vscode-languageclient to implement a language client and server.

For extensions which do not run a langauge server, a common term is "one-and-done".

Examples of this are Prettier and Mocha (non-watch mode). Where the extension/compiler runs once and then ends until it is called into action again, perhaps via a file save (assuming it respects your preference for editor.formatOnSave, which most extensions do).

They can be less performant than Langauge Server as no data or information is persisted and must run in its entirety each time. However:

3. Our own Prettier extension

We are going to build a VSCode extension which will be a stripped down version of Prettier. It will run for 2 different scenarios.

So for scenario 1 it will respect that no arguments are given and not change anything.

So for scenario 2 it will recognise the arguments, format them correctly and update the code in our file.

This is so VSCode knows how to run our client.

Inside src/extension.js add the below. 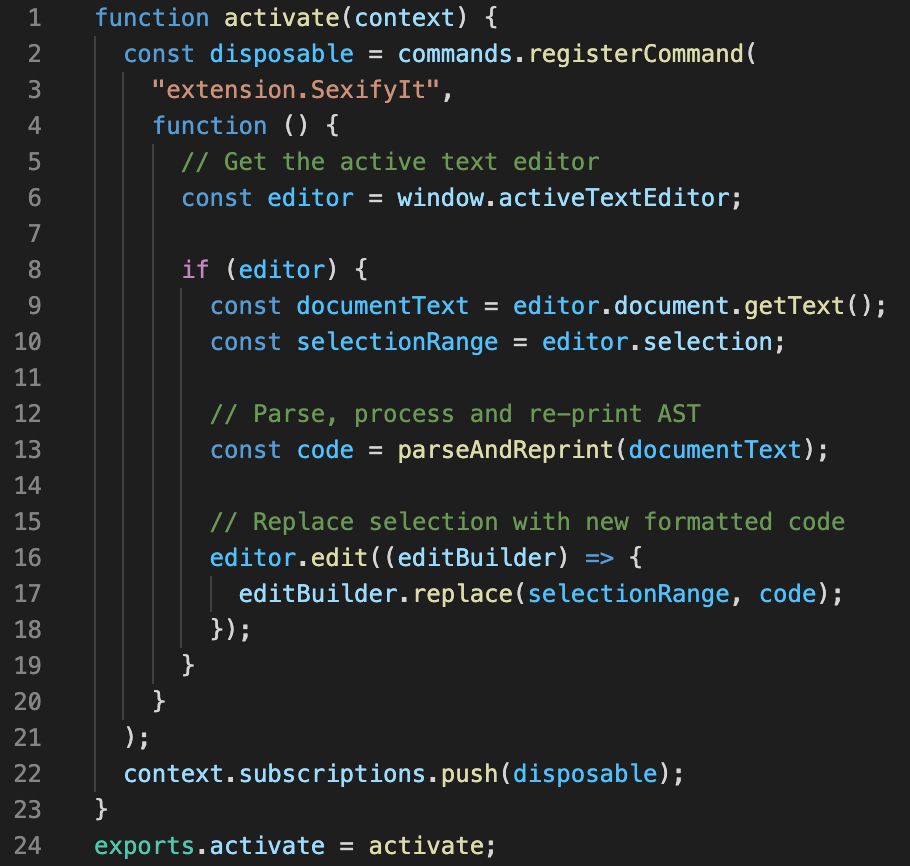 Lets walk through what it is doing

Inside the same file we define some AST utilities. 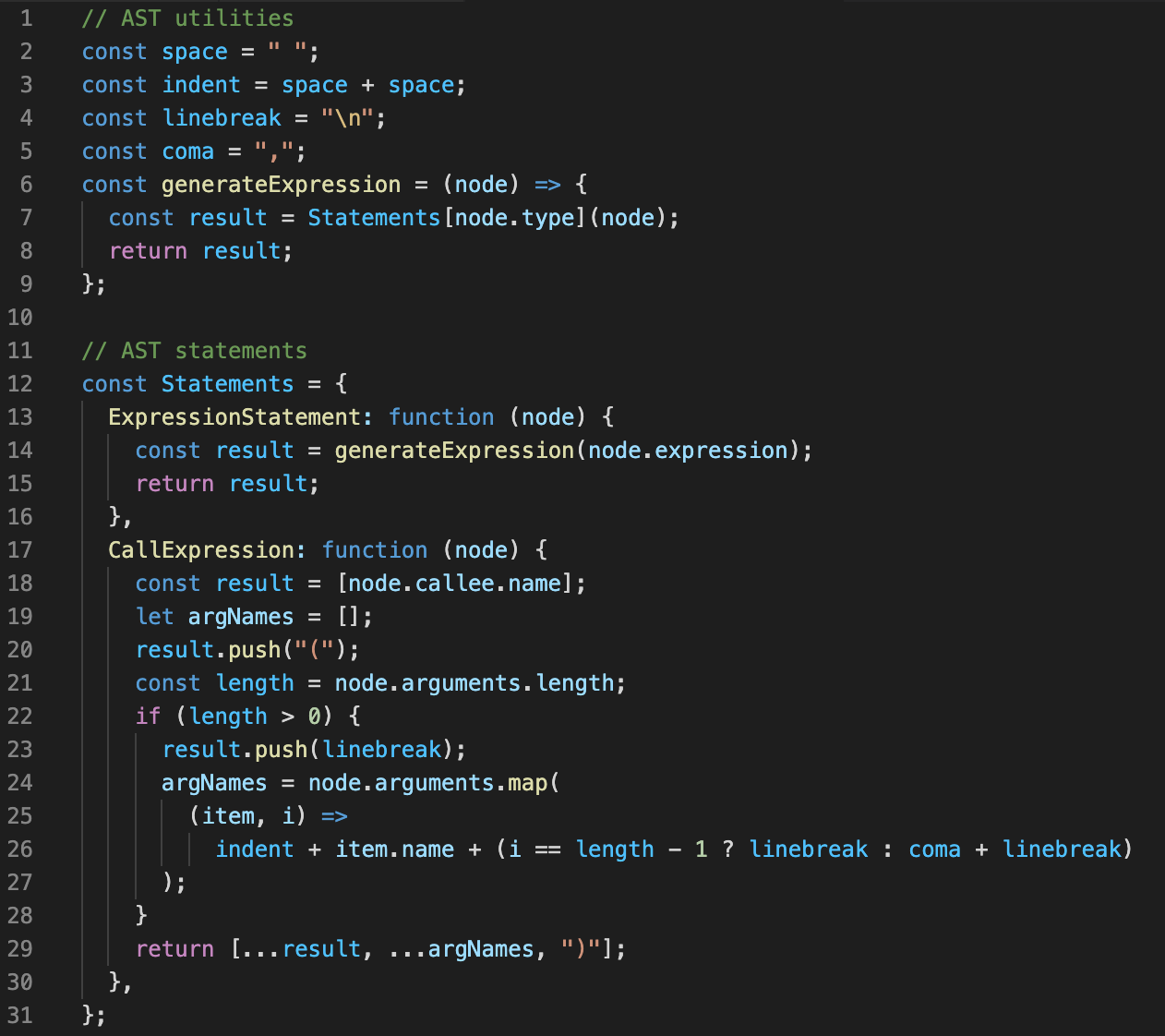 Our function would output the following from the above:

It contains all the necessary code including the updated formatting. Notice the line breaks and indents.

Finally the code to kick it off

So by running our extension in debugger mode (i.e. F5) we can open a file with our JavaScript in (example in files/test.js), highlight the code, open the "Command Palette" and find our "Sexify it" extension.

Confirming it works 👍. Converts our single-line function into multi-line with all the correct indents, exactly like Prettier does.

Thanks so much for reading or watching, I learnt a huge amount about VSCode and auto formatters from this research and I hope it was useful for you. You can find the repository for all this code here.